Kickboxing is an athletic sport in which two opponents throw punches at each other using padded gloves, similar to boxing and Muay Thai, but it’s also considered an art form like traditional karate or taekwondo. Kickboxing can be practiced in gyms or in dojos (which are martial arts schools). With the recent explosion of interest in martial arts and MMA (mixed martial arts), kickboxing has taken off globally and become one of the most popular sports in the world today.

Kickboxing is a martial art that incorporates boxing, Muay Thai, and karate-style moves. It’s often referred to as the art of eight limbs because it uses kicks, punches, knees, and elbows to attack its opponent. As someone who has never tried kickboxing before—or even seen a live fight—it might seem like these athletes are just throwing punches at each other with no particular strategy. But there’s so much more to learn about kickboxing than just how to throw proper strikes.

How effective is kickboxing?

Kickboxing is one of the best cardio workouts for anyone who’s trying to lose weight. During a typical class, you’ll learn basic punches and kicks that will challenge your entire body. Because kickboxing is an intense aerobic workout, you’ll work up a sweat in no time! Kickboxing can also improve your balance and coordination. Check out our handy guide to kickboxing for beginners for more info.

Fitness Kickboxing is a relatively new phenomenon that can be traced back to traditional martial arts. However, fitness kickboxing has little in common with traditional martial arts; it’s designed for people who want to incorporate exercise into their life in a fun and exciting way. Fitness kickboxing isn’t about fighting or self-defense; it’s designed for anyone, regardless of athletic ability or level of interest in fitness.

Where can I take kickboxing classes near me?

If you want to learn kickboxing, but don’t know where to start, it can seem like an overwhelming process. Many gyms offer kickboxing classes for beginners, which is a great way to get started with your new hobby. Here are some tips on finding kickboxing classes near me that are just right for your skill level and fitness goals.

What are the benefits of kickboxing?

Kickboxing is one of those super fun and incredibly effective high-intensity workouts that can help you live a healthier lifestyle. Whether you’re looking to get in shape, tone up, or learn a new skill, kickboxing near me is a great way to begin. Here are a few benefits of kickboxing that might just convince you to try it out! 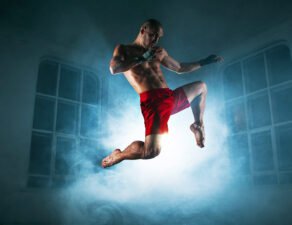 What Is Kickboxing? Kickboxing is an athletic sport in which two opponents throw punches at… 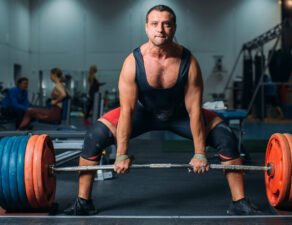